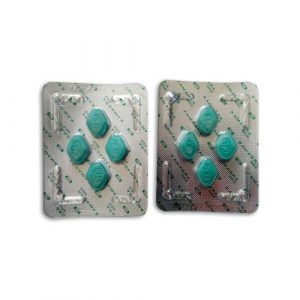 Kamagra 100 mg is a renowned name in the pharmaceutical world. It’s an Erectile Dysfunction (ED) or impotence medicine that treats the inability to attain a harder erection in men. It contains 100 mg of Sildenafil Citrate as a major active ingredient. This ED drug belongs to the class of PDE5 inhibitor medication that treats impotence by increasing the blood flow to certain parts of the body.

It is only for the use of males and must not be given to females or children under 18. Their systems are not developed to sustain the effects of Kamagra 100mg which is a high-power ED medicine.

Also, it is only a sexual performance enhancer medicine. It is not responsible for sexual arousal or STDs (sexually transmitted diseases) treatment.

Erectile Dysfunction is a sexual problem that most men suffer from but hardly find the courage to speak about. It is a condition in which men cannot attain or sustain harder erections throughout sexual intercourse. If attained, the erection doesn’t last for a longer time. This happens because of the insufficient blood supply to the penis.

However, it can be due to several reasons like some physical or psychological health problems or major health issues. Maybe the arteries remain clogged for the blood to not get transferred easily to the male genitals, the patient is constantly under stress or frustrated, and so on. The hectic lifestyle may be one of the possible reasons behind erectile dysfunction in men.

The patient cannot identify which of the problems they have been suffering from and so it is recommended to consult the doctor and find the right ED medication.

Who can use Kamagra 100 Mg tablets?

The patients having erectile dysfunction problems and are prescribed by the doctor with this medicine can consume Kamagra 100 mg tablets.

Who may not be prescribed with Kamagra 100?

The patients having serious health issues like cardiovascular problems, kidney and liver problems, eye problems, blood pressure problems, etc may not be prescribed with this medicine.

Kamagra 100 mg is an ED medicine that starts working as soon as sexual stimulation occurs. Sildenafil Citrate gets activated within 30 to 40 minutes of the drug consumption. It firstly lowers down the blood pressure levels in the lungs and reduces the overall body pressure. The stress around the smooth muscles of the pelvic organs is relaxed so that the patient can focus on sexual intercourse.

The cGMP production cycle is constantly amplified and its breakdown is prevented. This ensures that blood is consistently supplied to the male genitals to promote harder and firm erection. The main reason behind ED is insufficient blood in male genitals which is naturally cured by Kamagra.

Thus, the patient can enjoy sexual intercourse for as long as 4 to 5 hours by satisfying their partners.

Interactions of Kamagra 100 mg with other Drugs

Side Effects of Kamagra 100 Mg

The patients using Kamagra 100 mg tablets may witness the following side-effects in mild to severe form, depending on certain conditions.

No, Kamagra 100 is not for women or children aging below 18 years. If women are lacking sexual pleasure in any way, they may consult the doctor and start respective medication. Hence, women should not use this medicine during pregnancy & breastfeeding either.

The patients prescribed with this ED medicine can buy Kamagra 100 mg or Kamagra Oral Jelly online & avail offers & discounts. Make sure that you buy from authoritative sites who facilitate medicines at competitive prices with faster shipping.

Yes. Kamagra 100mg is a safe and effective medicine for men to treat erectile dysfunction naturally and with the least side effects. It should only be consumed after getting a prescription from the doctor. In case, if it does not suit some patients, alternative medicines with similar composition are available which may be prescribed instead.

No. Abundant consumption of alcohol is not recommended. Less than 3 shots of alcohol may not cause any harm to the patient. The patients habituated to drink alcohol or grapefruit juice should discuss this with the doctor before using any ED medicine & seek guidance for the same.

One dosage of Kamagra extends the playtime for around 4 to 5 hours. It is enough for any man to concentrate on sex and have sexual pleasure.

It takes 30 to 40 minutes maximum for Kamagra 100 mg to get activated. It may take less than 30 minutes and Sildenafil gets activated as soon as sexual stimulation occurs.

No. Kamagra 100 is not a sexual stimulator. It cannot arise the feelings for sex or get the patient ready to have sex. The medicine gets activated only when the patient gets sexually stimulated.